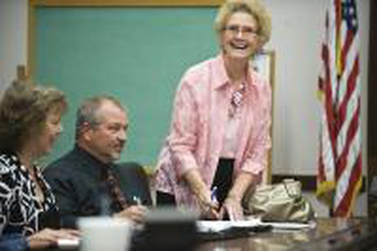 Some of Colorado’s appointed county public trustees have used public funds they oversee to profit or personally benefit from their position, a Denver Post analysis of their spending practices since last year has found.

Other appointed public trustees have given themselves and their employees perks not available to other workers in the counties they serve, the review found.

Spending practices range broadly: At one extreme, a public trustee for years rented office space for the agency in a building he co-owns; at the other, a trustee reimbursed the costs of a retiring employee’s farewell party — down to the $4 greeting card, according to accounting ledgers and receipts obtained through the state’s open-records act  from all 10 appointed public trustees. 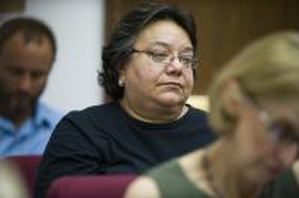 A government-watchdog group that reviewed The Post’s findings called the spending “at the minimum, questionable” and said at the maximum, it “could raise legal concerns.”

Because the appointed trustees — the only ones of the state’s 64 county trustees that are chosen by the governor — by law have been able to operate with fiscal autonomy for nearly 100 years, there has been little or no independent oversight of how they budget and spend millions of dollars generated through foreclosure-related fees.

Appointed public trustees, the independent overseers of the state’s foreclosure process, aren’t required to submit budgets to anyone for approval. They approve their office expenses — including their own — without outside scrutiny and can sign contracts without public bidding. Self-generated reports of their financial activity to the governor include little or no detail of how or on what they’re spending public dollars.

Among The Post’s findings:

• Pueblo County Public Trustee Nick Gradisar long ago moved the trustee’s operations into an office building he and his law partners own, collecting thousands of dollars in monthly rent. He says it’s a good deal for the trustee’s office. 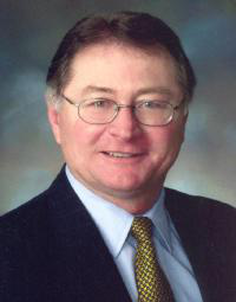 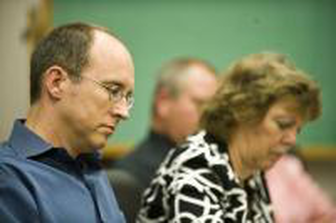 • Boulder County Public Trustee Rich Gebhardt for years has collected a small commission for establishing insurance coverage for himself and his employees, who in turn pay nearly nothing for their policies or medical expenses. He said it saves the office money.

• Adams County Public Trustee Carol Snyder drives a car that her office purchased new for her use — the only trustee to do that. The fuel is paid, the exterior is washed regularly, and the vehicle is equipped with a subscription satellite-radio system. She says she’s entitled to the perks.

• Weld County Public Trustee Susie Velasquez, an attorney, uses public funds to pay her annual state registration and professional licensing fees, as well as the costs of legal-education classes, even though legal experience isn’t a job requirement. She says it helps her learn to do her trustee job. 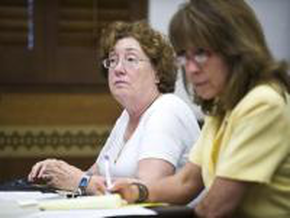 • Arapahoe County Public Trustee Ana Maria Peters-Ruddick has used office funds to treat her employees to more lunches and outings than other trustees, buys them gifts for showing up to work and offered them twice-monthly chair massages. She says it’s all legitimate spending.

• Mesa County Public Trustee Paul Brown, not long after his March 2011 appointment, double-dipped on the use of his car to attend a November conference in southern Colorado, reimbursing himself for mileage and fuel expenses; he’s entitled to one or the other. He said it was an oversight.

“Public trustees must reflect public trust and confidence,” Gov. John Hickenlooper said in a statement Friday. “We expect the trustees to conduct their business in a way that is legal, ethical and avoids even the appearance of impropriety.”

Hickenlooper’s staff Friday issued to each appointed trustee a set of new guidelines to rein in the practices revealed by The Post. Among them:

• Personal use of government-owned vehicles is prohibited;

• The governor’s office must approve all trustee purchases or contracts over $5,000;
• Employee-recognition events and gifts are restricted and should be funded by a source other than public funds.
Public trustees in Colorado’s 54 other counties — the job is conducted by the elected treasurer in 52 of them — undergo more scrutiny than their appointed counterparts. Their budgets are examined and approved by county commissioners; their expenses evaluated; and their contracts vetted.

The trustee in Denver, the state’s second-largest county, is its elected clerk and recorder, whose budgets and audits are approved and overseen by other city agencies. The same for Broomfield County, where the trustee is an appointee of the county commission.

“They tell me what I get to do the job,” said Lincoln County Treasurer and Public Trustee Jim Covington, who has held the post for 31 years. “My receipts are all turned in; my credit cards too. They approve it all.”

In Denver’s public-trustee office, for example, spending on items such as chair massages, staff lunches or anything outside of normal business expenses would not be acceptable, said Deputy Trustee Sindee Wagner.

“For our department, it would not happen,” she said. “It’s not right.”

“It’s a patchwork system that’s evolved over decades, for a process that really needs a 20th-century methodology,” he said. “There are simply some laws that just shouldn’t be around any longer, and the ones regarding the trustees are among them.”

Elena Nuñez, executive director of Colorado Common Cause, said the spending practices should raise flags about how scrutiny of the trustees’ public spending is not uniform.

“The core issue is not about whether it is $10 or $10,000, rather that there is no public review or approval of their budgets and their spending,” she said. “There has to be some accountability to ensure it’s appropriate. All of this calls into question the judgment of the trustees.”

Revenues for appointed trustee offices come from foreclosure-related fees. Unspent money is placed in a reserve fund to cover a year’s worth of spending. Then, whatever’s left after expenses is handed to the county.

Colorado’s appointed public trustees are a legacy from the state’s mining history when homeowners were foreclosed upon by landowners without due process. As more counties were added, the largest retained their appointed trustees while the others put the job in the hands of county trustees.

“No one is watching”

Nick Gradisar is a personal-injury lawyer who moved the trustee’s office into his personal law office when Gov. Richard Lamm appointed him in 1985.

His two predecessors — also lawyers — did the same, Gradisar said.

“I would have moved the (trustee’s) office to my law office, or as nearby as possible, whether I owned an interest in the building or not,” Gradisar said in an e-mail to The Post.

Republican Gov. Bill Owens in 1999 replaced Gradisar as trustee with Peggy Foley, who moved the office to a different building, which records show was unaffiliated with any public official. She said the arrangement at Gradisar’s office made her “uncomfortable.”

Gradisar, the chairman of the Pueblo County Democratic Party and president of that county’s water board, got the trustee’s job back when Gov. Bill Ritter, a Democrat, took office in 2007 — and Gradisar moved the agency back into the building owned by him and his law partners, records show.

“There was not adequate room in my law office to house the public trustee staff, but there was space available in the same building,” he said of the move.

At $2,000 a month, the long-term lease he inked with Wildwood Professional Building was a good deal for the trustee’s office, Gradisar said. Since August 2007 when he moved back in, Gradisar the trustee has paid Gradisar the landlord nearly $120,000 in rent. The lease is month-to-month because trustees are no longer appointed to a four-year term and can be removed at any time.

“I did not feel comfortable signing a lease that would bind my successor to a particular location,” he said.

Gradisar said he has never formally revealed the apparent conflict of interest to anyone — not auditors who reviewed his spending; not the governor who appointed him.

“Regrettably, there was no formal disclosure,” he told The Post in an e-mail. “I believe it was commonly known that I had an interest” in the building ownership.

Toro called Gradisar’s arrangment “uncomfortably cozy” and questioned why it has been allowed to go on so long.

“I can’t think of a time when this kind of arrangement is acceptable,” Toro said. “The whole issue is that no one is watching.”

Before Gov. Bill Ritter appointed Carol Snyder as Adams County public trustee in 2007, she had already been a state representative for eight years and that county’s clerk and recorder for four. She knew how the system worked.

Not long after her appointment, the trustee’s office bought a new Dodge Nitro for her personal use. The monthly payment — $791 — continued until January 2011, records show.

Payments for the Sirius-XM satellite radio system in the Nitro continue.

No other trustee in Colorado has a personal car provided by their office. Snyder simply said the law entitles her to it, even though hers is largely a desk job.

“The (public trustee) is, by statute, considered a ‘county officer,’ ” Snyder said in an e-mail to The Post, pointing out trustees “may collect benefits” that don’t exceed what other county elected officials get.

“Adams County provides its elected county officers — as well as their appointees — with take-home vehicles vs. mileage reimbursement,” Snyder wrote.

Other trustees say a car is an unnecessary perk.

“I get mileage and that’s sufficient,” Boulder’s Rich Gebhardt said. “I’m at a desk most of the time. What … do I need a car for?”

Records show Snyder is a frequent traveler to events held around the state by the Public Trustee Association of Colorado and to the Capitol.

The most any appointed trustee collected all last year in travel reimbursements? $3,040 for Paul Brown in Mesa County. It included airfare, rental cars, occasionally gasoline and mileage for his own vehicle to attend the same conferences and meetings as Snyder.

That’s not including the cost of the gasoline to drive it.

Rich Gebhardt is 80 years old, the most senior of the appointed trustees and the longest serving, installed in 1977 by Gov. Richard Lamm during a long career as a Northwestern Mutual Insurance representative.

At his age, Gebhardt said, he understands the importance of a good medical policy — and he makes sure he and his employees have them.

Though Boulder County offers its own medical coverage to county employees, Gebhardt chooses to offer his four employees coverage from private companies.

Rather than require his employees to use the coverage he offers or forgo the benefit, as the county does, he allows them to choose whatever they’d like and covers their costs.

Gebhardt uses trustee funds to pay the employees’ premiums plus their out-of-pocket costs down the road. It’s 100 percent health care. And no other Boulder County employee gets it.

Gebhardt’s employees can choose a health plan offered by his office, and a portion of the premium is deducted from the employee’s paycheck. Then, Gebhardt reimburses them for that expense with a separate check.

Additionally, each of Gebhardt’s employees is reimbursed for their medical out-of-pockets costs — essentially, their deductibles — through a separate in-house bank account.

Gebhardt and another employee choose Medicare and a supplemental insurance policy — and they’re reimbursed for the premiums they pay.

What’s more, Gebhardt has received a small commission check each month — about $25 — for having established the policies.

Said Gebhardt: “It’s not even an appreciable amount to be concerned about.”

He canceled the payments after The Post inquired about them.

Getting to know your public trustees

Ten of Colorado’s 64 public trustees are appointed by the governor and serve at his discretion; all were appointed or reappointed in 2011 by Gov. John Hickenlooper. Who they are and their backgrounds: